Honestly it is not necessary  to post my Goodreads statistics but the My Year In Books is just so pleasing to the eye, I cannot help but share [just so put together and pretty]. I normally do not post all my reviews on here because I do not feel it is necessary. Yelhispressing is not a specific book blog, so my reviews are more on the route of a journal. I have discovered books via blogs in genres I liked, so starting in January 2015 I decided to post a few of my reviews here. Maybe someone will scroll to one of my reads that interests them. Furthermore, it is my love for reading and discovering new books which led to my participation in Top 5 Wednesday. I love meeting people who love reading either for education or entertainment.

END_OF_DOCUMENT_TOKEN_TO_BE_REPLACED

What a heart warming and engaging way to begin a novel: the descriptive birth of two babies entrusted with a mission at that early age. With the use of fantasy and the help of illustration at the beginning of each chapter, the author did a terrific work in showing the novel’s aim at forgiving, loving and togetherness both at the family and community level.

I am not a fantasy reader, so I was hesitant about the role of the mystic lights of the Kumbion creatures, however they played a salient part in showing the outstanding people of Scot, although I am still a bit questioning about their appearances. If you are looking for a novel about people living in a community with togetherness, this is the novel. It is a good story for any age, the bad repents and the good heals. It is indeed a feel good story. It is believable [except the Kumbion creature], the time each scene took, reflected on a period of real horse power, where everyone knew each other in the settlement. I felt that when the author allowed the eventual railway construction into Scot, it was a way of spreading Scot love to everyone instead of trapping it within the city. Scot was on the verge of its modernization.

I was disappointed that Ingrid did not attain that extra blessing but since she was ok with the situation, then I should leave it alone. Most times people are hero(ines) not for what they could gain in the end but simply to help the ones in need. The character transformations were so magnificent and touching, it made me wish that I lived in a village like Scot. 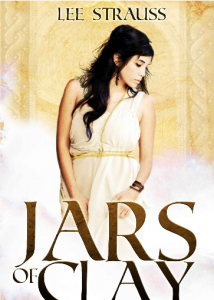 With excitement I turn to this novel because I just read a story on clays and I liked it, however this novel is a completely different aspect as clay writing goes. A Roman setting is intriguing because I am always curious about the life of people during the Roman Empire.

I love that the author tried to show a view of both the title and servant life. Through Helena, the reader followed a rich compassionate girl free to roam {to the point of safety} but could not decide her fate. Through Felicity, {Helen’s servant} we glimpse the duties of a servant with very little mobility – women were not their own.

The character names ring a Roman bell making the story a more true empire one, the dominance of one brother over another and the uncertainty in being a girl even in a rich home, reflects the times of the empire. The author skilfully showed the patriarchal rule both in public and private sphere, how Brutus word is law and his wife, a mere overseer of household duties. Cassius roam freely, creeping closer to the girl he loved- money allowed him. However, for Lucius although a free young man, he was a servant commoner and interaction with Helena could mean death for him and dismay for his family.When the author shows a love interest between Helena and Lucius, it exposes the difficulty of a bond between a rich girl and a commoner. I like that the author made the meetings between the two charming but full of danger.

It is a lovely story, clean romance which offers some details of life in  Roman city , to know how the love story between Helena and Lucius really ends, I need to read the second part of the novel. The first was intriguing enough for a dive into volume 2. 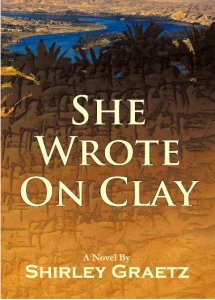 At first, the novel felt strange but as I continued reading, I realized that because the storyline was new to me I felt hesitant. I cannot remember ever reading about gagû or naditu before. At the end, I appreciate the author’s effort to keep reader’s interest in that aspect of the Ancient East. Mission accomplished because I am very much inspired to read more on naditu. In addition, the information provided at the end of the novel connects the story to the History of Ancient East to law writing and gagû.  Maybe you should read the author’s notes first if you feel that Ancient East historical fiction will suck you in and lost you. However, you do not have to, if you feel it may act like a spoiler for the story. Although, I had a problem remembering the names of certain characters (because they were in an unfamiliar language), the events within the plot flowed. I was not confused about the life of a naditu because the author did a good job in explaining.

Furthermore, I like the character development in Iltani (lead woman), her journey becoming a naditu reads like a young woman entering a world independent of marriage. It reads like the little I know about women and marriage in that time period. I love the budding friendship that Iltani developed and that she gets challenges in her quest to succeed. I love how the author introduces the romance between Iltani and Marduk-musallim; it was a gentle budding love one suiting a woman so involved in the gagû. The ending of the story left some unanswered questions and it hints at a second novel.

Ivy Alexander uses very eye pulling scenes to introduce the main characters of the novel which made the story more interesting. The opening scene of the novel introduces Jennifer Berkley as that cold lawyer and it is remarkable how she is so like her dad. It was a pleasure watching her character growth from the beginning to the end. In addition, the passage when Jen and Zack met for the first time, made me laugh hard and I just knew a decent romance would emerge. Although I liked Zack instantly, I must admit it was only after a few weeks in Ohio’s fresh air that I warmed up to Jen.

END_OF_DOCUMENT_TOKEN_TO_BE_REPLACED

Do not worry moms; you can certainly leave this novel lying around without worrying if your pre-teen may sneak by with your copy. Why? It is a clean romance between Tessa O’Connor and Dean Samuels. So clean that some may feel that the novella does more telling than showing but in that case I like the telling. Linda Bridey successfully used the scenes around the ranch and the mansion to tell us  how hero and heroine felt. Now, maybe you are not too fussy for unsoiled novels but you should give this one a try. More like give your senses a chance to feel the chemistry through the word, not just have the author tell you who grope who and where [ha-ha].

END_OF_DOCUMENT_TOKEN_TO_BE_REPLACED 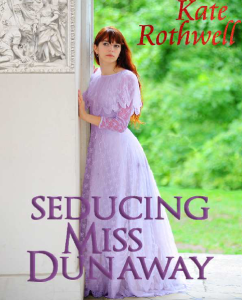 Odd is my word to describe this story. Let me break down “odd” for you. The characters are interesting, they are endearing with their nicknames, although it took me a minute or more to realize who the speaker referenced. They formed a typical scenario for a Victorian story: a ball, a dashing rich gentleman [Fell] and a lovely girl with a situation [Miss Mary]. However, when the story continued the potential romance between Fell and Mary felt awkward and forced. So awkward that I felt the sex scene forced and rushed. Yes, I know it is a novella but at that point of the story, the scene read like a copy and paste from a more developed story. I believe the probable couple have potential for a novel. A place to explore their sadness and lonely and the readers would link how those emotions brought the two together.