Do not promise me promises that you promise you would make

because we both know your history with promises.

Do not promise me forever when your tomorrows are

limited to now and next month or perhaps the next two months.

Practise how to keep vows, look in the mirror and repeat the words over,

over and over again.

Until you can understand the value of a promise, please stop taking

promises so lightly because they are serious words.

“Your sense of humor is one of the most powerful tools you have to make certain that your daily mood and emotional state support good health.” 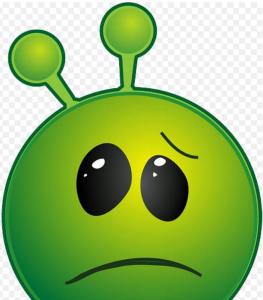 Day Four class covers the Limerick. The prompt is to show someone or something ‘imperfect.’ The literary device is enjambment, I love how it can leave a reader breathless.

END_OF_DOCUMENT_TOKEN_TO_BE_REPLACED

Aunt Thora is the humour of this story, she reminded me of the matriarch of Downton Abbey. The sarcasm, stubbornness and quoting scripture to justify her cause, aunt Thora held the novel until the most exciting chapters at the end. In my opinion the conflict between Marshall and Audrey prolonged, at times drawing out sighs of frustration from my lips. Audrey so quick to jump to conclusion of her dad and Marshall drinking yet profess Christ. Really?.

At times, the authors ended a chapter and began another with a cliff hanger – not addressing anything in regards to the last chapter such as: I was not sure what time and season I stumbled upon. However, when they did provide details the chapters flowed. In addition, the scenery at Bridal Veil is so beautiful, the view of the river, ocean and tall oak trees. Whoever choose the background for the cover of the novel, painted part of Bridal Veil. I am not to crazy about the bride and groom on there but that is ok.

Although the story felt sluggish at times, the ending chapter placed some much needed life with culprits receiving their rewards and the others their happy ever after. I also enjoyed the parts where Julie and Josie poke their heads into the wrong places and said things aloud that others wished unsaid – bless their innocent hearts.

Another Book Review for Reading Month. Have you ever read a novel where the author keeps the same argument or conflict between the hero or heroine and it just unnerves you? Please do tell me about it :).

‘What’s in a name?” shrugs Shakespeare’s Juliet. Margaret Doody, an American academic, would explain. A name is a story with a complex history; names are rooted to place, to religion, to politics. They can be games or puns; in Jane Austen’s hands a name can be poem. In her examination of the names of people and places in Austen’s novels, Doody uncovers new levels of complexity and comedy, and suggests that the nation’s favourite author was less a realist than a surrealist.”

A review of a book review of arguably one of the most beloved author in English Literature History. It is also no secret that JA is my favourite author. :).

He lived in the odium

Of having discovered sodium.

Edmund Clerihew Bentley (1875- 1956) invented this poetry form as a teen, at 16. A Victorian boy bored in  science class at St. Paul’s School, London and his classmates G.K. Chesterton joined in the fun. I wonder what this particular teacher thought of such creation in his class [if he ever found out].

It is comical in nature, reminding me of a Limerick but the more Clerihews I read, it feels like it brushes on the poetry form:  Eulogy. The rhyming scheme is aabb with two couplets. Usually in the rhyme, you meet a famous person/character in the first line. The lines are of no particular length and no regular meter standard. I guess it is that aspect which creates the comedy.

According to  Carol Fisher, children enjoy Clerihew because it is a rhymed poetry. She further explains that children with little poetry experience usually writes meaningless lines or a nonsense verse. I guess, this aspect would enable them to pen comical lines.