In the 17th century, Queen Nzinga M’Bandi ruled for 40 years as the leader of N’Dongo and Matamba, also serving as Luanda’s Governor for three years, representing the Portuguese.[1]Known as the resilient leader of the Mbundu people, the monarch who fought against the Portuguese spread of the Transatlantic Slave Trade in Central Africa. She had to fight the slave traders to serve her country. Nzinga is an example of the leaders of local regions who did not deliberately sell their people into the Transatlantic Slave Trade.She frequently dressed as a man.

END_OF_DOCUMENT_TOKEN_TO_BE_REPLACED

” Yet how can we hope to learn from the past without making the effort to preserve and conserve those valued products of it that have survived? All told, the idea of ‘Heritage’ remains a topic capable of arousing powerful passions.”

…there were other immigrants who came at the bottom of slave ships…”Ben Carson said. My body screamed, my heart dropped and several expletives crossed my head. A supposedly educated man calling former enslaved “immigrants” and he is a black man who disrespected his ancestry. Well maybe his black did not come from West, Central or Eastern Africa. This is the very same man who was a candidate for USA Presidency. I can’t, I just cannot fathom why some intellectual people sometimes do  not think before they open their mouths to defend any particular issue at hand. To call enslaved immigrants is to deny their chattel servitude. Immigrants who are employed have bosses, enslaved had masters who lord over their life. How the fuck are you sane when you call enslaved immigrants? At least immigrants want to  go to their destination but guess what Ben Carson, enslaved were chained to ships to cross the Atlantic.

I would love dearly for Ben Carson to explain if his comments were taken out of context but I honestly do not see how.

Are Archaeologists About to Find Nefertiti’s Tomb? 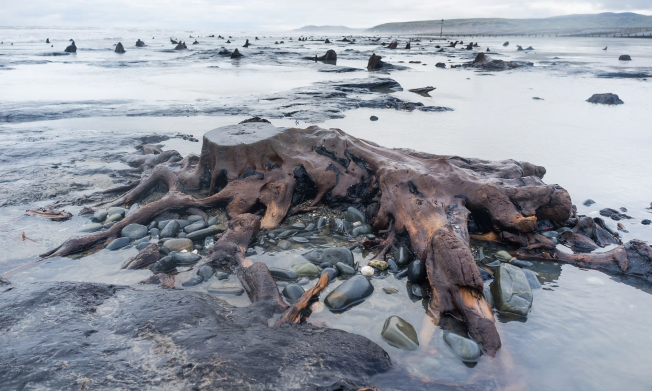 Photo from the Guardian

“A mass burial of bodies, known to be victims of the Black Death, has been discovered at the site of a 14th-century monastery hospital at Thornton Abbey.”