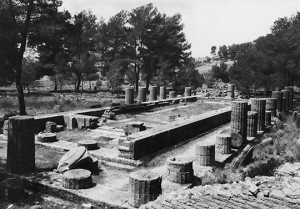 I know, I know Rio 2016 is in August however one of the observations for May is Physical Fitness and Sports. Apart from reading books on the this theme, I will share with you Sports History. Here is a snippet about the history of the ancient Olympic Games:

According to historical records, the first ancient Olympic Games can be traced back to 776 BC. They were dedicated to the Olympian gods and were staged on the ancient plains of Olympia. They continued for nearly 12 centuries, until Emperor Theodosius decreed in 393 A.D. that all such “pagan cults” be banned.

Of course more information awaits you on Olympic.Org